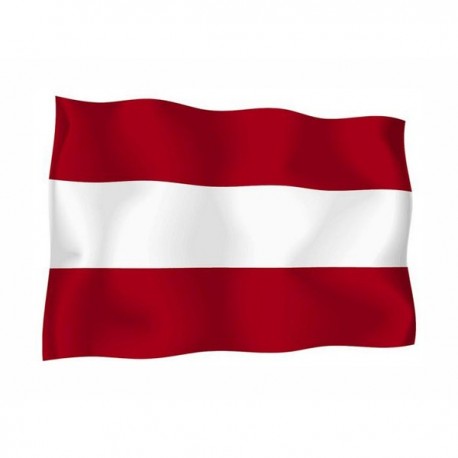 Flag of  Austria of nautical polyester, for external use only, with digital print. 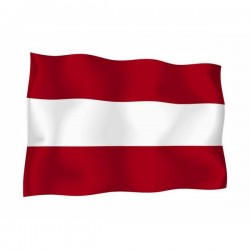 Flag of  Austria of nautical polyester, for external use only, with digital print.

According to the tradition, during the Siege of Acre, the Duke Leopold V of Babenberg fighted so fiercely that his white tunic became red, except of the part of the sword’s belt. These colours were adopted as the colours of the flag.

Probably this i san apocryphal story, but for 800 years the red-white-red stripes are the emblem of Austria.

Officially it was adopted in 1918, after the downfall of the Augsburg and the formation of the Republic. In the 2nd World War the emblem and the standard were banned, but in 1945 they were restored.

On the flag it appears a black imperial eagle, the emblem of the Augsburg, which initially had three heads and then it changed.

On the chest there is the shield with the National colours and the eagle bears the hammer and the sickle, the symbols of the workers. The crown of the eagle represents the agricolture, the industry and the commerce, while the broken chains at the feet symbolize the return to the freedom.