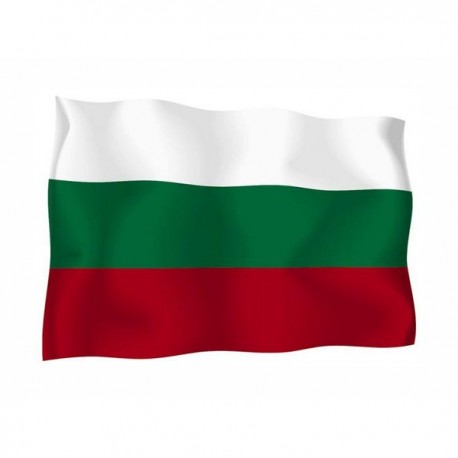 Flag of Bulgaria of nautical polyester, for external use only, with digital print. 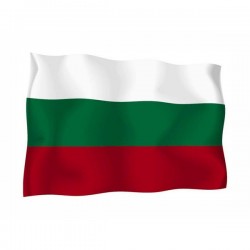 Flag of Bulgaria of nautical polyester, for external use only, with digital print.

From the 22 of November 1990 it is a three-coloured flag with equal horizontal stripes: white, green, red.

Bulgary is independent from 1908, after 500 years under the ottoman domination. 1900 marks the fall of the communist regime.

Under the turkish domination , Bulgary didn’t have the National flag. When in 1878 it became a princedom, it made a little change to the colours, which were used during the uprisings for the independence.

The horizontal arrangement of the colours was based on the russian flag of that time.

From 1908 to 1946 the flag din’t change, but in 1947, after the formation of the Republic, it was added the coat of arms on the white stripe near the beam. It illustrated a rampant lion, a red star which represented the communism and a pronged wheel, symbol of the industrialization.

In 1990 the coat of arms was removed from the banner for its communist connotation and now a days there are not crests.

It is told that the white stripe represents the love for peace and the red one the value of the people.

The green stripe represented the youth of the nation, which was growing.