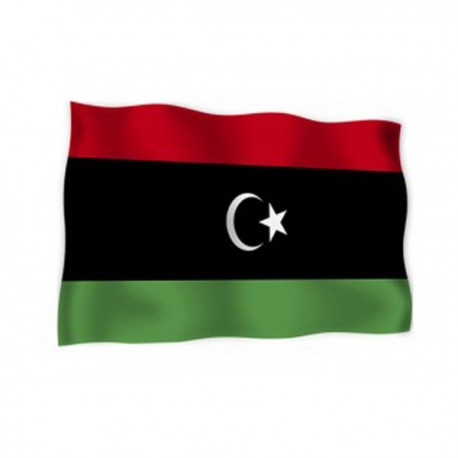 Flag of Libya of nautical polyester, for external use only, with digital print. 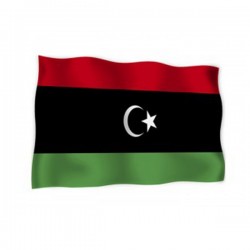 Flag of Libya of nautical polyester, for external use only, with digital print.

On the 20 of October 2011, after the conclusion of the Libyan civil war and with the colonel Mu’ammar Gheddafi’ death, the official flag became that of the National Transitional Council.

It is a horizontal tricolour: red, black and green. The central stripe is twice the width of the others and it contains a white crescent moon and star. The three stripes symbolize the regions Tripolitania, Cirenaica and Fezzan.

The current flag is the same which was used during the independent reign.

In 1951 Libya conquered the independence, but in 1969 the king was laid down and the country became a republic, led by the colonel Gheddafi.

In 1971 Libya united, with Egypt and Syria, to the Federation of Arab Republics, which used a similar flag with the emblem of the hawk and the name of the country.

In 1977, when it left the federation, Libya adopted the green flag, which was used until 2011.