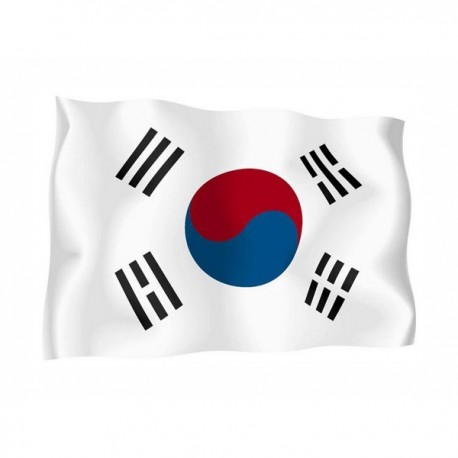 Flag of South Korea of nautical polyester, for external use only, with digital print. 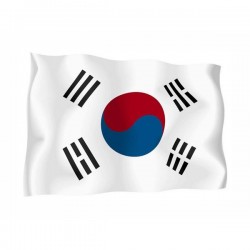 Flag of South Korea of nautical polyester, for external use only, with digital print.

The woven, after many years of accurate researches, is of high quality and it is resistant to the atmospheric agents. The nautical polyester is a knitted fabric and for this reason is resistant and it is recommended for the external use, because it is waterproof and it does not make the flag heavy.

The National and civil flag hails to 8 of September 1948. It is white with at the core a red and blue yin-yang. In the four angles there are four different trigrams. The flag used from the Korea Kingdom had the traditional colors: red, white and blue. When in 1948 the South Korea divided from North Korea, it kept the same flag, but they made some modifications.

At the core of the flag there is a disk, which contains s-shape line, with the upper part red and the lower one blue. It derives from the oriental symbol yin-yang, which represents the opposites. When the two Koreas divided, the yin-yang was stylised. They are streamlined versions of daily objects, which are showed in symmetrical and regular forms.

The other modification was that of the inscription in three letters (kwae), which encircle the yin-yang.  They are the basic inscriptions of the I-Ching, the divination system which is spread in East.