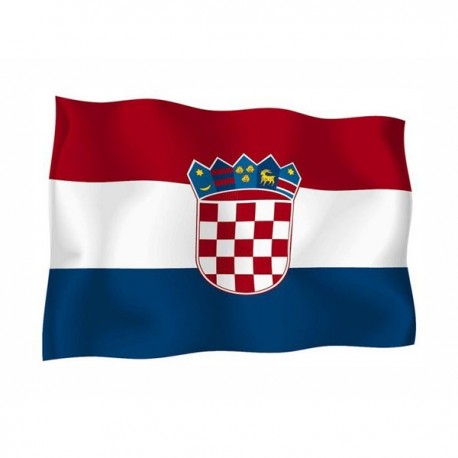 Flag of Croatia of nautical polyester, for external use only, with digital print. 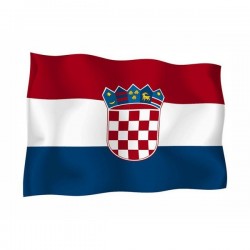 Flag of Croatia of nautical polyester, for external use only, with digital print.

Since the 22nd of December 1990, the flag consists of three horizontal stripes, of the same size: red, white, blue.

At the core of the flag there is the croat crest, which is represented from a red and white checked shield, rounded from a white edge. The first chess piece is red, with a crown of five emblems.

Croatia was under the Austrian domination. In1919 it joined Yugoslavia, but in 1991 it proclaimed its independence.

When it belonged to Yugoslavia, Croatia had the banner with the pan-Slavic colors wich also are the traditional colors of 1800.

During the Second World War it became a half-independent state and it added his crest at the core of the flag.

After the War, Crotia kept his three-coloured flag , but Titus put a red star at the core. Before the independence it was adopted the current flag, which was inspired to that of the War.