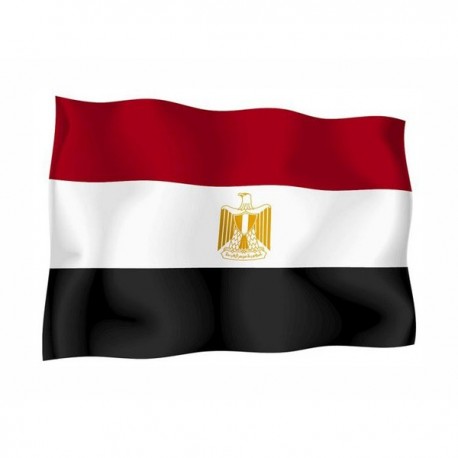 Flag of Egypt of nautical polyester, for external use only, with digital print. 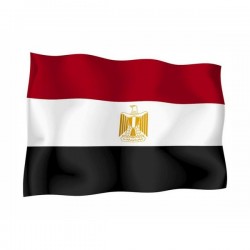 Flag of Egypt of nautical polyester, for external use only, with digital print.

Since the 4th of October 1984 it is the National and civil three-coloured flag of the country. It consists of three horizontal stripes, red-white-black. At the core of the white one it is illustrated a golden eagle, with on the chest a yellow shield and a parchment, with the name of the country.

It is told that this eagle is that of Saladin. The colors of the stripes are panarabic.

Egypt was a reign until 1953. Up to that year, the National flag was green, with a crescent moon and three stars.

Between 1952 and 1958 the National flag was that of the Arab Liberation Flag. It was a three-coloured flag red-white-black, with at the core a big eagle, which had on the chest the crescent moon and the three stars.

When in 1958 it was born the United Arab Republic, the banner was the same three-coloured flag, but with two green stars at the core of the white stripe.

Since 1984, Egypt chose the golden eagle.