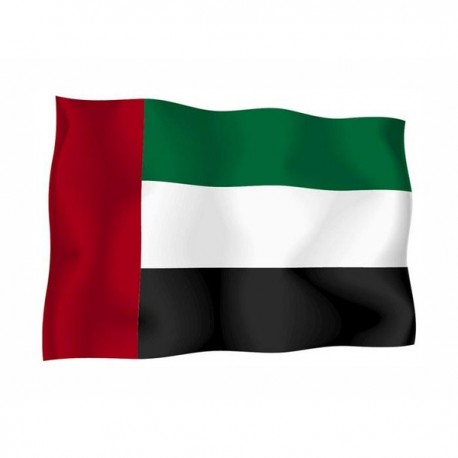 FLAG OF THE UNITED ARAB EMIRATES

Flag of the United Arab Emirates of nautical polyester, for external use only, with digital print. 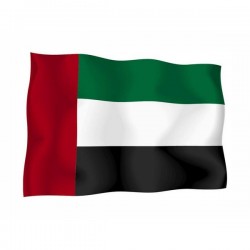 FLAG OF THE UNITED ARAB EMIRATES

Flag of the United Arab Emirates of nautical polyester, for external use only, with digital print.

Since the 2 of December 1971 the National and civil flag of the United Arab Emirates consists of a vertical red stripe on the left side and of three other horizontal stripes: green, white, black.

The red is the storic colour of the Emirates flags, the green symbolizes the trees and the fertility, the white represents the neutrality and the black the petroleum prosperity.

The United Arab Emirates consists of seven emirates, which joined together in 1971.

In 1920, after the treaty, the seven emirates passed under the British protection. All the Emirates accepted the red and white flags, except one of them. The first federation flag was white and red, with a green star.

In 1971, after the independence, it was adopted a banner with the panarabic colors: red, green, white and black, to express the nationalism and the unity.