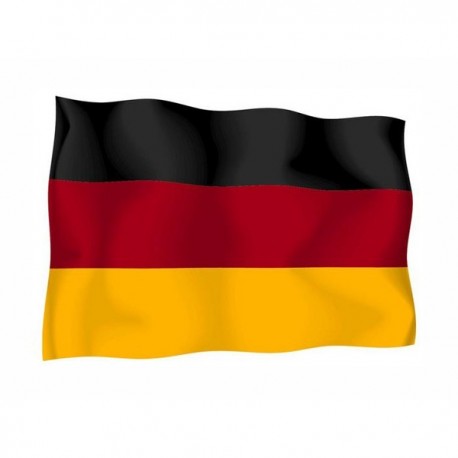 Flag of Germany of nautical polyester, for external use only, with digital print. 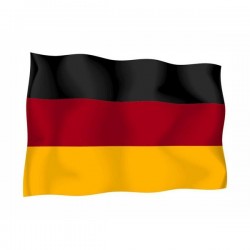 Flag of Germany of nautical polyester, for external use only, with digital print.

It first appeared in 1832 during a national and democratic demonstration, in which the patriots asked the communion and the democracy.

On the 9th of March Frankfurt’s Parliament declared black, red and gold the official colours of the federation.

In 1867 the North German Confederation changed gold colour with white colour and transformed the national flag with the black colour, the white colour (of Prussia, which was the most influential state) and the red colour (of the Hanseatic League and Brandeburg).

Black, gold, and red colours were reintroduced with the establishment of the Weimar Republic in 1919, becase he wanted to reinstate the old colours.

After the defeat of Nazi Germany and the confederates’ occupation, Germany was no more an absolute state and the occupation government banished the nazi’s flag.

Only in 1990 with the Two Germanies unification the black-red-gold tricolour had its final edification.