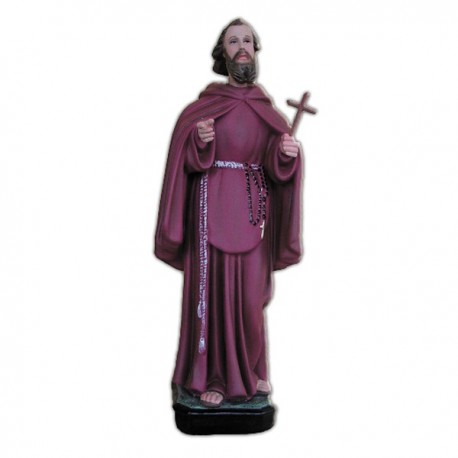 Statue of Saint Cirus of fiberglass, 55 cm, handmade in Italy 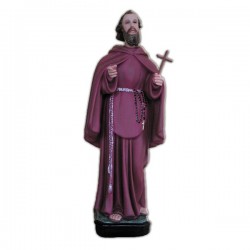 Statue of Saint Cirus of fiberglass, 55 cm, handmade in Italy

They were doctors in Alessandria and they lived between the 2nd and the 3rd century. Between 303 and 306 there were great persecutions against Christians and it was called “The age of the Saints Martyrs”.

Cirus and John left their hermitage and returned to Alessandria to bring comfort to the brothers with their faith.

Saint Onofrio in his works narrated about three young girls: Teotiste, Teodota, Eudossia and their mother Anastasia, who was widow. They were pent-up and tortured for your christian faith. The two saints brought them a spiritual help and they were pent-up too.

After unutterable tortures and pains the four girls were savagely killed.

Cirus and John were beheaded, withstanding the heroic martyr.  It was on the 31 of January 303.

St. Cirus is particularly celebrated in Campania and he is the patrono of various villages: Grottaglie, Marineo, Portici, Vico Equense, Nocera Inferiore.

He is illustrated with episcopal clothing with the cross in the hands.