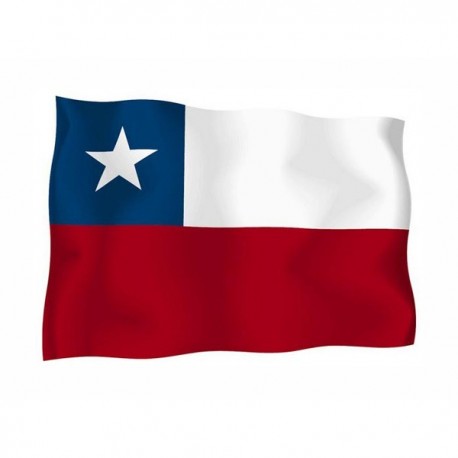 Flag of Chile of nautical polyester, for external use only, with digital print. 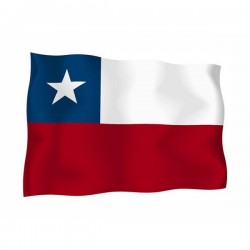 Flag of Chile of nautical polyester, for external use only, with digital print.

It is the National and civil flag from the 18th of October 1817. It consists of 2 equal horizontal stripes. The upper is white and the lower is red. On the white stripe there is a blue square with a white star with five tips.

In 1818 Chile enfranchised from Spain, especially thanks to the action of josè de san martin, the leader of Andes army.

It was adopted in 1817, after the victory of san martin in chacabuco. The National civil flag of chile was preceded from 2 other versions.

The current flag is based on the american one. Until 1864 the white star was used only on the official banner, hereafter the flag with the star was officialised.

The white colours represents the snow of andes, the red one the blood which was poured for freedom and the blu eone for the skyes of andes.

The president’s flag corresponds to the National one, with at the core, the National emblem. The coat of arms hails from 1834 and it is supported from a deer (huemal) and from a condor. The crest consists of the feathers of the “rhea”. The motto is “por la razon o la fuerza” that means “with the reason or the vigour”.