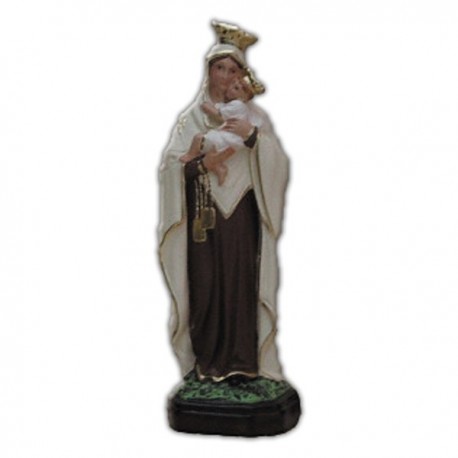 Statue of Our lady of Carmel of fiberglass, 25 cm, handmade in Italy. 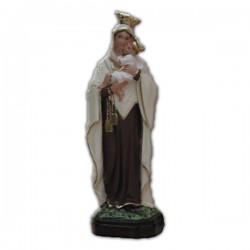 Statue of Our lady of Carmel of fiberglass, 25 cm, handmade in Italy.

Full resin statue,printed and perfected by skilled artisans. They remove the imperfections and the marks due to the manufacturing. When the statue has been smoothed, it is carried to the coloration sector and it is hand painted with indelible varnishes, conformino to the traditional iconography. The resini s a plastic material, which is solid thanks to hardener substances. It is very resistant. The difference with the fiberglass is that the resin does not contain the fiber of glass.

Her de nomination derives from the Carmel Mount, in Palestine, during the age of the Phoenicians or the Philistine. According to the Bible, the Mount was destination of the Christians and of the aspirant of the Gospel’s advices.

It was built a temple dedicated to the Virgin, who was also called Virgin of the Carmel.

This temple became insufficient for the many pilgrims who went there, so many hermits went through Palestine and East, to divulge the Virgin’s rite.

Around 1150 were born many carmelitan monasteries and, when the crusaders returned, the monasteries spread also in West. (Sicily, England)

The Virgin appeared to Saint Simon Stock on the 26 of June 1251. She gave him a scapular, disclosing him out standing privileges for his devotion. Ever since, on the same date, the Virgin is commemorated with impressive processions.

In the classical iconography she is illustrated with the Baby, while giving the scapulars. The clothing is that of the Carmelitan Order.