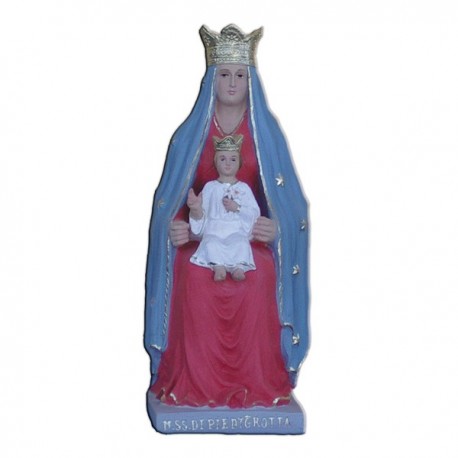 Seated Virgin of Piedigrotta of resin, 25 cm, handmade in Italy 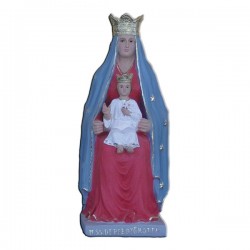 Seated Virgin of Piedigrotta of resin, 25 cm, handmade in Italy

According to a legend, the Virgin of Piedigrotta hails from 8 of September 1353, when she appeared to a Benedictine monk, to the nun Maria di Durazzo and to Pietro the Hermit. She imposed them to build a Church at the foot of the cavern.

The legend also narrates that, while they were digging, it appeared a wooden statue that represented the Virgin with the Baby.

Another “stricking” legend, tells us that on a stormy night, the sacristan found the Virgin’s throne empty.

He believed it was a robbery so he looked for a help. While he exited the Church, he saw the Virgin who was coming back, with wet clothing.

The Virgin said she went to the sea to save some fishermen who asked for her help.

Ever since the fishermen, after fishing, go to pray and thank the Virgin.

The Virgin of Piedigrotta is also represented with the Baby on her knees, a red clothing, a blue mantle and a golden crown.